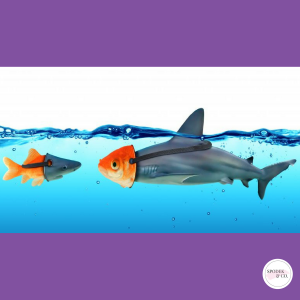 Welcome back and Happy Friday! Thanks for joining us for another installment of The Weekly Download.

How to Find and Support Black-Owned Businesses

It’s not enough to be not racist, we must actively be antiracist.

A new article shared by Mashable details how to find and support Black-owned businesses – and why it’s so important. Supporting Black-owned businesses means supporting Black communities – a key component of allyship. Choosing to spend your dollars in Black communities helps support community spaces for meeting and connection and programs and resources that the community needs.

Here are some tips to find Black-owned businesses you can support:

After years of scrutiny for its racist packaging, Quaker Oats has decided to change its Aunt Jemima’s brand name and logo.

Earlier this week, singer Kirby’s TikTok called “How to Make A Non Racist Breakfast” went viral. The video ends with Kirby dumping the pancake mix down the drain.

According to the president and chief marketing officer of Quaker Foods North America, the company recognizes Aunt Jemima’s origins are based on a racial stereotype and is working to make progress toward racial equality through several initiatives. The new packaging will debut sometime this fall with the new brand name to follow.

Following the Aunt Jemima announcement, rice brand Uncle Ben’s on Wednesday said it is “evolving” its visual identity in an effort to address racial bias and injustices.

In an opinion piece written for USA Today, Mark Zuckerberg voiced his belief in his platform’s ability to make a difference and influence voter turnout for the upcoming US election. The campaign will be the country’s largest voting information campaign in history, with a goal to help 4 million people register to vote.

Facebook will launch a new Voting Information Center that will detail authoritative information, including how and when to vote, as well as information about voter registration, voting by mail and early voting. The platform will also include posts from state election officials and verified local election authorities front and centre on Facebook and Instagram.

Zuckerberg says the campaign is a way to protect the integrity of the vote itself and also hold leaders accountable. For more information, visit Facebook’s blog post here.

Another new update from Twitter allows users to tweet their voice. As the company puts it, sometimes 280 characters just isn’t enough – and that’s where voice Tweets come in.

Rolling out today on iOS, you can now record and Tweet with audio. pic.twitter.com/jezRmh1dkD

Users can upload up to 140 seconds of voice audio to attach to Tweets, but once the time limit is up, a new recording will automatically start to begin a thread.

Followers will just have to tap the image in their timeline to play the attached audio. So far, the feature is only available to select Apple users.

Will you be using Twitter’s new feature?

Keen is Google’s newest app, described as “a place to grow and share your interests with loved ones, and find things that will help in making this precious life count”.

Keen sounds a lot like Google’s answer to take back some market share from Pinterest, who has recently focused on eCommerce search expansion. But will it be enough to draw users from competing platforms? Only time will tell!

Will you use Keen?

This weekend is Father’s Day, so it only makes sense to feature some special dad content for Friday Fun!

Dad, How Do I? is a new YouTube channel started by Chicago local Rob Kenney that’s gone viral for its helpful content and everyday advice from an average dad.

his father left when he was 12, now he has a YT channel called “Dad, how do I?” to help kids who’re growing up without dads. teaching them basic tasks that you’d usually ask your dad for help on. this is the purest thing 😭 pic.twitter.com/JMKXM541xd

The reason behind Kenney’s content is heartwarming, and you can’t help but love his approach to everyday “dad tips.”

From how to tie a tie to how to change a tire, there’s helpful content for everyone.