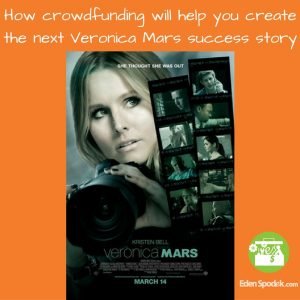 Last year I was part of a successfully funded Kickstarter campaign for an independent book publisher who was supporting authors and artists with his new experiential book/activity concept. It may or may not be what typically comes to mind when you think of crowdfunding, but I would say the opportunity for unexpected niches like, authors, artists, screenwriters and other creatives are ripe for the picking. In fact, as of August 2016, more than $100 Million has been pledged to authors, poets, publishers, podcasters and other creatives. Backers love to latch on to and root for these passion projects. But there’s more reasons to use crowdfunding than just fundraising.

Three reasons for authors, screenwriters and artists to use crowdfunding for their projects

Why authors, screenwriters and artists have an edge when running crowdfunding campaigns

Crowdfunding continues to evolve and will continue to grow as a viable way for you to find an audience that will fund your passion projects. But before you get your hopes too high, did you know only 36% of all Kickstarter campaigns are funded? The problem is typically not knowing how all the pieces of the puzzle fit together to make the campaign a success (even long before it launches publicly).

There’s a huge opportunity here for screenwriters, creatives and authors to learn how to make a successfully campaign happen. I also have some good news for you. I dive into crowdfunding with way more details in my free ebook 7 Essentials of a Successful Crowdfunding Campaign.