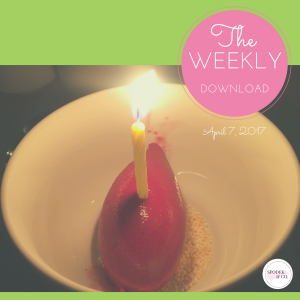 The first week of April is down and it was a special one… yes, I celebrated yet another birthday. I’m sure that like many of you, birthdays aren’t the fuss that they used to be. Aside from a couple of lovely dinners out, the best part was seeing family and friends fill my Timeline, inbox, texts and Slack feed with kindness and thoughtful messages. It was so appreciated. This also makes me wonder: does anyone buy greeting cards anymore? With that, let’s get into another week of what’s happening in digital…

Last week, we asked you to share an April Fools’ prank that caught your attention on social media. Here’s one that caught mine… TukTuk Chutzpah, a new Toronto restaurant co-founded by Caplansky and Salad King. They went so far as to launch a website. Enjoy!

Human Cyborgs, Cool or Creepy? This is no April Fools’ joke

How often do you misplace your keys or office passcard? What about forgetting the access code for your company laptop? No, this isn’t about Tile but rather microchips for humans. You read that right. A Swedish co-working centre called Epicenter has introduced microchipping for it’s members. Although it’s not mandatory to use the space, many members are jumping agreeing to do so and excited about the prospects microchipping human have for the future. My dog is microchipped but I’m not so sure I’d want any type of non-medical technology inserted into my body. On the other hand, there are some fascinating applications like airport check-ins and cashless payments. What do you think?

Pepsi’s ad featuring Kendall Jenner handing a police officer a Pepsi during a protest blew up big time this week. While the company said it was meant to “project a global message of unity, peace and understanding”, the internet didn’t agree. Instead of unity, it trivialized social issues which are all too relevant today. not even Pepsi is defending the ad anymore and have since pulled it.

In last week’s Weekly Download, we talked about the launch of Facebook Stories. Well let’s just say the internet has had some fun with this recent addition to Facebook and prompted a whole new meme, Will Now Have Stories.

bananas in 2017 will now have stories pic.twitter.com/uQT8oTqWVL

Wheel of Fortune Contestant Gets It So Wrong, It’s Funny

Podcast of the Week: CanCon Podcast EP. 61: Is it Wrong to Encourage Young Women into STEM Careers?