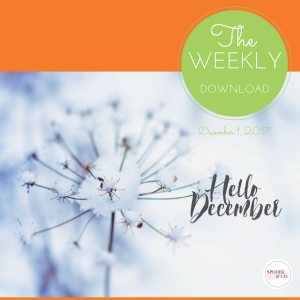 Jimmy Kimmel Interviews Bono About the Fight Against AIDS

If you missed the fast-food drama last Thursday, we’re here to fill you in. Someone on McDonald’s social media team made a serious social faux pas:

The next day, Wendy’s decided to take advantage of the burger chain’s slip up:

When the tweets are as broken as the ice cream machine. https://t.co/esdndK1iFm

Talk about rubbing salt in the wound. Thankfully, McDonald’s took it in stride and even poked a little fun at themselves in light of situation:

When you tweet before your first cup of McCafé… Nothing comes before coffee. pic.twitter.com/aPJ2ZupS9b

On Wednesday, Facebook announced it will be temporarily disabling the ability for advertisers to exclude racial groups in targeting. As shared by Facebook’s chief operating officer, Sheryl Sandberg, the social network is determined to “do better” following a news report that demonstrated its failure to block discriminatory ads.
It is unlawful under US law to publish ads that indicate preference based on race, religion, sex or other certain classifications. Sandberg said that advertisers who use Facebook’s targeting options to include certain races will have to confirm that they are complying with Facebook’s anti-discrimination policy and with applicable law.

On Wednesday, Snapchat’s much-anticipated redesign launched. The new format borrows a major page from Facebook’s book, serving up content to users based on algorithms.

The update separates the app into two separate feeds. One feed ranks friends based on the level of interaction you have with them. The other suggests community and publisher content based on your interests. Say goodbye to your Stories feed — the new design has Friends (Chat plus Stories from friends) and Discover (Stories from publishers and community).

But the biggest change is actually found behind the feed. Historically, the app has organized content chronologically instead of based on user interests. Snapchat also reversed its course on influencers and said they’ll be introducing better distribution and monetization options in 2018.

The redesign will roll out slowly to users over the coming weeks.

While Meghan Markle and Prince Harry’s engagement has been the talk of social media this week, one particular comment has stood out from the rest. Actor Patrick J. Adams (Suits’ Mike Ross) took to Twitter to express his somewhat shocked reaction to the news:

She said she was just going out to get some milk… https://t.co/y7cnM0eC9D

Sounds like Markle’s Suits character has some explaining to do! All kidding aside, Adams’s congratulatory message to the happy couple was totally sweet:

Playing Meghan’s television partner for the better part of a decade uniquely qualifies me to say this: Your Royal Highness, you are a lucky man and I know your long life together will be joyful, productive and hilarious. Meghan, so happy for you, friend. Much love.

More news in biz acquisitions this week — WeWork has reportedly purchased Meetup, a New York City-based startup community platform. According to Meetup CEO Scott Heiferman, the acquisition will allow the company to double in size.

To date, the startup has 35 million members and over 300,000 “IRL” community meetups. The platform’s entire purpose is to help people with real ideas connect in real life to make things happen, whether it be to explore the city, build careers or get creative.

Christmas at the White House is a little scary this year

The Trumps have done away with traditional green and red for Christmas this year, instead going for a “winter wonderland” theme. While the idea sounds like a good one, the result is actually a little scary:

Needless to say, the memes created as a result are pretty great:

why do the White House Christmas decorations look like Voldemort is about to come back pic.twitter.com/nF0GxCaxUq

We all remember that classic M&Ms Christmas commercial — Santa Claus and Red have fainted and the fate of Christmas is in Yellow’s hands. So what happened next? We finally have some answers: