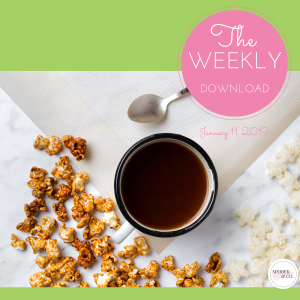 Happy Friday, folks! It’s time for our weekly installment of what’s hot and not in the world of digital marketing and technology.
On today’s Weekly Download docket, Amazon reveals Alexa’s many, MANY partners, Instagram has a new multi-sharing option, and we look at the hit movie that seems to have taken over the world! Museums are having fun with duck pics (yes, ducks), Google tackles disruptive ads, and we wrap it all up in a bow with some Friday fun!
Grab your coffee – or popcorn (we don’t judge) – this is a good one.

“Hey, Alexa. Are you seeing other people?”

Have you ever dated a person and wondered “how many others are there?” Well, when it comes to Amazon’s virtual assistant, Alexa, the answer is A LOT! For years, Amazon has avoided revealing how many outside devices are partnered with Alexa…until now!

It will be interesting to watch these two tech giants scrap for supremacy. With the money and brain power behind both, one can only imagine what’s on the horizon for AI and voice assistant integration.

After last week’s accidental messing with users’ feeds, this time Instagram made a change that fans actually like! iOS users are the first to test out a “self-regram” option, a new feature which allows them to manage and share posts across two or more accounts.

This feature is especially exciting for marketers and social media managers, particularly if they are managing multiple accounts for a single company. Now they can easily post (identical) content to related accounts simultaneously!

Just use the toggle to pick correlating accounts under the “Post to other accounts” option and voila! We’re still waiting to hear when this will be available for Android devices.

If you’ve been on the internet at any point in the last few weeks, you know that Netflix’s new original film has completely taken over. Memes, hashtags, you name it, Bird Box is everywhere!

The film, which stars Sandra Bullock, is based on the 2014 book of the same name, by Josh Malerman. According to Netflix, more than 45 million accounts streamed the film over the holidays.

If you haven’t seen it yet, just a warning – it has had mixed reviews, and seems to be one of those “love it or hate it” releases. That said, it has taken the internet by storm, and more people have seen the memes and heard the jokes than have seen the movie!

Satisfaction when you finally watch birdbox and understand the memes, jokes and discussion surrounding it.#BirdBox

And when one innocent celeb (koff *Kim Kardashian*) tweeted “Watching BirdBox. I really like it. Who has seen it?” she got roasted.

Duck Pics That Fit the Bill

Someone across the pond deserves a round of applause for starting a hilarious trend on Twitter. The Museum of English Rural Life’s social media team has been having fun with, well, old English rural life animal pics lately, and at the moment ducks are centre stage!

And of course, in the spirit of competition, other museums around the world are taking a “quack” at one-upping the Brits by sending pics of their ducks as well. It’s actually very funny, and a VERY good reminder that you don’t have to have a super exciting product or brand to use social media marketing well. The proof is in the pudding, as they say. By simply having a sense of humour and being creative, The Museum of English Rural Life has the world talking…about ducks.

Check out this cheeky thread!

Finally! You know all those annoying ads that invade your screen as soon as your start surfing the net – pop-ups, full screen ads, auto-playing videos and related irritants? Well, Google Chrome has finally come to the rescue and said “buh-bye” to disruptive ads.

As of July 9th2019, Google Chrome will be rolling out their ad filter internationally. This filter was created to support the Coalition for Better Ads’ Better Ads Standards. With this filter in place, 12 different kinds of ads will be blocked from all sites.

According to Engadget, “If a website is found to be repeatedly displaying any of the ad types that are blocked by the filter, Google will stop displaying all ads on its pages. Google is giving publishers and advertisers tools that will let them know if their current ads would pass through the filter or be blocked.”
No funny business – thanks Google!

The legacy of Steve Irwin comes to life through his son, Robert. Check out this hilarious (and endearing) compilation of his best moments on The Tonight Show Starring Jimmy Fallon.