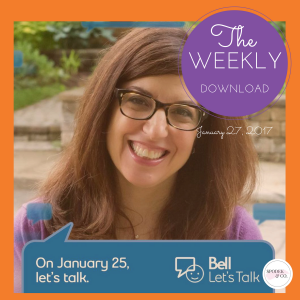 To say it’s been quite a week would be an understatement! The news cycle was almost overwhelming. So let’s clear through the clutter and look at what’s impacting digital marketing, communications and PR in today’s Weekly Download.

Facebook and Google are putting the smackdown on fake news. Both companies are testing new capabilities for fact checking and verifying news sources online, and they’ll be bringing what they’ve learned to Canada. Facebook also announced specific changes to trending news to improve the feature.

While we’re talking about fake news…

This week, Kellyanne Conway tried to spin falsehoods as “alternative facts” and Twitter wasn’t having any part of it. Nor was anyone in my network on any social platform I could see. What about you?

Shopify, Slack and Freshbooks are just a few of the successful tech companies to come out of Canada. This week, Betakit posted their 11 Canadian Tech Companies to Watch in 2017 focusing on companies that are expected to take a big step forward in growth this year. The article highlights some seriously heavy hitters and the very cool things they are doing.

If you live in Canada, you would have heard about the Bell Let’s Talk Day (#BellLetsTalk). On January 25, Bell Canada contributed “5 cents more towards mental health initiatives for every text, call, tweet, Instagram post, Facebook video view and use of Snapchat geofilter.” There was a total of 131,705,010 interactions that raised $6,585,250. Last year the campaign was picked up by Ellen DeGeneres and this year the Rock jumped in to help. Such a great cause. Kudos to Bell for leading the way on this and helping reduce the stigma against mental illness. We still have a ways to go in terms of making mental health care affordable for all Canadians. (h/t Tamera Kremer).

We all go thru it. Happy to help! #DropThemBows #BellLetsTalk https://t.co/ckqa8V0kHF

When Google announced an update to Google Voice this week, people were more confused than anything else. Google has five messaging apps in market and mostly people don’t know what they’re for or how to use them. Those who use Google Voice welcome updates to the clunky platform but most who live and breathe tech are begging Google to simplify this area of their business.

How will you improve your work habits this year?

Fast Company asked employees at Twitter, LinkedIn and Google about what habits they are trying to kick this year. Have a read through these seven. Can you relate?

According to this recent story at cbc.ca, “It is truly a sustained war against women having power.” Are you as appalled as I am about he way people speak to (aka troll) Kathleen Wynne and other women politicians online? It’s easy to hide behind a Twitter account. It’s much more difficult to lead government or business.

RIP Mary Tyler Moore
Did you grow up watching The Dick Van Dyke Show and The Mary Tyler Moore Show – reruns count? My sister, mom and I always watched the Mary Tyler Moore Show together. Of course, as kids we were too young to understand the brilliant writing, nuances and the importance of seeing a powerful woman working in a newsroom of men on screen. Mary Richards’ appearance reminded me a lot of my late mother. Although Mary was a bit older, they had similar colouring, hairdos and fashion sense. Mary Tyler Moore will be missed and she’s probably looking down hoping we’ll keep on laughing in her absence.

Chinese New Year’s Eve begins tonight and Spodek & Co. wishes everyone celebrating…
What’s been happening in your feed this week?