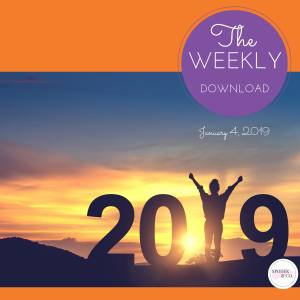 Happy Friday, everyone! We trust you all had an excellent New Year, are happy to be back to normal routines, and are as excited as we are to see what 2019 brings!

Even though we took a vacation, the digital world did not! Today, we take a look at YouTube Premium, Snap’s survival plans for 2019 and Facebook’s new stickers for Page stories. Also,  Instagram’s “timeline test” that sent users into a panic, 2018’s worst passwords (why do people still use these???) and then we wrap it up with some Friday Fun!
Let’s get to it.

YouTube Premium, formally known as YouTube Red, is the video sharing platform’s pay-to-play side of the business. And apparently not very many people are “paying to play.” Because of this, sources say YouTube is planning to make all of its original series for YouTube Premium available on a free and ad-supported basis by 2020.

The site had a few issues when it came to attracting paying subscribers, including inconsistency in its programming. They also skew quite young with their content – and not many 13 – 18 year olds have the kind of income needed to become regular subscribers.

From Netflix to Amazon Prime and everything in between, investing in original programming seems to be a win-win. It’ll be interesting to watch and see how YouTube Premium adapts over the next year or two.

It’s no secret that Instagram continues to push Snapchat aside, even while offering basically the same features as the original time-sensitive photo and video sharing app. Not even Instagram’s parent company (Facebook) with its many MANY security issues and scandals has kept Instagram down.

The result is Snapchat continues to flounder. Not only are they down a million daily users, their stock dropped dramatically in 2018, from $16.21 per share last December to a recent $5.18 per share.
Long story short, they’re in big trouble. But, they’ve also got big plans!

Snapchat is finally going to redevelop their app for Android users, a huge untapped market. Its current app for Android is buggy, and by revamping it the company hopes to see an increase in international users, specifically in Southeast Asia, where the use of Android is extremely saturated.

They are also looking to attract users ages 34 and older – the Facebook generation – to use Snapchat as a “fast way to communicate visually with close friends.” Snap understands that older audiences aren’t too keen on lenses and filters and instead plans to market the “discovery side” of the app, where users find interesting video content and information.

Facebook Stories aren’t winning any popularity contests, but they’re trying. This trend has taken off on their other social platforms, Instagram and Whatsapp, and Facebook’s Story success is next on their list.

To begin their efforts, Facebook released new stickers for Pages that provide businesses with new call to action (CTA) features on their Stories. The stickers, with options like “shop now,” “call now,” “book now,” and “get directions” can be directly placed in Story content, making it easier for customers to find what they are looking for!
This is definitely a tool you’ll want to add to your 2019 digital marketing plan.

Last Thursday, some Instagram users woke up in a panic when they realized their timeline had been tampered with. Instead of the traditional vertical scroll, users found themselves scrolling/tapping horizontally. It was reported only to affect iPhone users and excluded desktop and Android users, but for a moment, the gaffe broke the internet.

The head of Instagram, Adam Mosseri, tweeted that it was merely a “test” that spread to many more users than anticipated. “Due to a bug, some users saw a change to the way their feed appears today,” Instagram said. “We quickly fixed the issue and feed is back to normal. We apologize for any confusion.”

Confusion?? You would have thought the world was ending. LOL Check out some of these hilarious tweets from the incident.

Well, the results are in! “Donald” made the list of the 100 most commonly used passwords online for 2018. Donald who, you ask? I’ll leave that up for you to figure out!

This attempt at humor isn’t one users should feel proud about. As security experts always say, celebrities and pop culture references are some of the simplest passwords for hackers to guess.

It’s for reasons like these that so many sites monitor and suggest passwords for you. That means if your password is anything like ‘princess’, ‘654321’ or ‘iloveyou’, you should consider switching things up too.

And there’s no better way to enter the new year than with a look back at some of 2018’s most viral videos! From weather craziness and hilarious dogs to silly kids and a…yodelling superstar?? Trust me, he’s really good! Click here for the whole list!