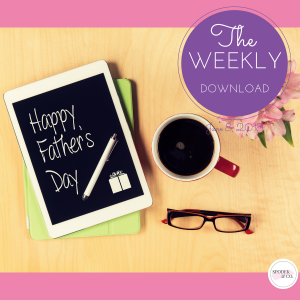 Hello and happy Friday! We got to enjoy some great weather the past several days. This week on the Weekly Download will include discussions of Netflix’s interactive feature, an emoji-based map app WYD, and 3-D Facebook posts with some Friday Fun featuring Will Smith.

It’s not the first of its kind, but it’s one step closer to Netflix adding a gaming feature to their service. The online TV provider has partnered us with Telltale Games to host a five-episode interactive narrative on the Minecraft game this coming fall. According to TechCrunch, this kid-friendly feature has proven to be popular in the past with their other stories “Stretch Armstrong: The Breakout,” “Buddy Thunderstruck: The Maybe Pile,” and “Puss in Book: Trapped in the Epic Tale.”

Although Netflix calls the experience an interactive story – meaning the watcher has control over the storyline – this could mean the beginning of more game-like content.

WYD, an emoji-based map app, is changing the way you use your smartphone. WYD stands short for “what you doing” and the app was created to help you find your next big adventure. What makes this app different from the rest, however, is that instead of a simple search, you search by emojis.

By allowing WYD to access your location (their privacy policy ensures this data is not shared), you can see the different things to do in your area. These activities are exemplified through emojis. Some categories included are coffee (coffee emoji), brunch (pancake emoji), vegan food spots (cucumber slice emoji), the list goes on.
According to Digital Trends, the app launched in February and had over 10,000 in just two months!

Facebook is bringing virtual reality into our everyday life. It has been announced that they will be rolling out a new feature that allows users to post in 3-D. It will be unlike their 360-degree photo feature and instead take on an IRL effect.

This feature will be added to news feeds soon. So, don’t be alarmed with scrolling and seeing your friends face pop up as an alarmingly real rendition of themselves.

Here’s a closer look of how 3-D photos work:

This year’s official World Cup song “Live it Up!” video was released on Friday and it featured a lovely surprise, Will Smith!