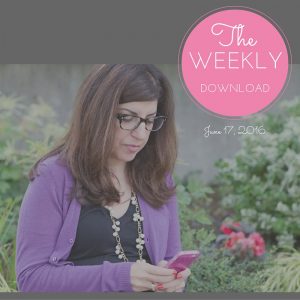 Another week, another tragic story which is not to make light of some of the horrific news we’ve been seeing over the past two weeks. I felt it was important to talk about these in the Weekly Download. I also share some digital communications stories that caught my eye amongst all the tragic events.

This week everyone’s hearts are breaking for news coming out of Orlando. It first started with the news 22-year-old singer Christina Grimmie, known from starting on the Voice was shot dead at her concert last Saturday night. Adam Levine, who’s label produced Christina’s music was devastated, as were many of her fans (see #ripchristinagrimmie). And if that wasn’t enough, her Twitter account was hacked posthumously. Her friend and manager, Brian Teefey, stepfather of her close friend Selena Gomez (she’d been one of Selena’s back-up singers), set up a GoFundMe account to help her family.

The next night, the largest mass shooting by a lone gunman in the United States occurred when the assailant shot and killed 49 people and injured 53 others at Pulse Nightclub, a popular gay night club. It sent a shockwave into the gay and LBGTQ communities. People of all orientations have been updating profile pics with a rainbow to show their support. Fears about whether the crime was hate motivated, an act of terrorism or both are under debate as details are still unravelling with new evidence presented daily. One thing for sure is the gun control debate is now stronger than ever in the United States and leading presidential candidates have been outspoken about the issue. Equality Florida has set up a GoFundMe campaign to support every victim of the shooting. To date, they’ve raised more than $5 million. If you haven’t already seen it, Anderson Cooper gave an impassioned tribute during Anderson Cooper 360° Monday evening.

Lane Graves was staying at a Disney Resort when he was snatched by an alligator on Tuesday. He was later found dead due to drowning. Heartbreaking. As you can imagine, his family was devastated and there’s been a call for Disney to take measures to improve patrolling of the waters in and around their property. Social media conversations have been wrought with strangers trying to lay blame on the parents (#DisneyGatorAttack) versus others who feel just as strongly that there’s no parental blame to be laid. I agree. Let them mourn their tragic loss in peace.

Moving on to digital news, one of the biggest tech deals in history was announced by Microsoft on Monday. The software company responsible for Windows OS and MS Office among others, is paying $26.2 billion for the largest professional social network, LinkedIn. Does this deal make sense for LinkedIn? Read what Leo Polovets, a former employee of both companies, has to say. 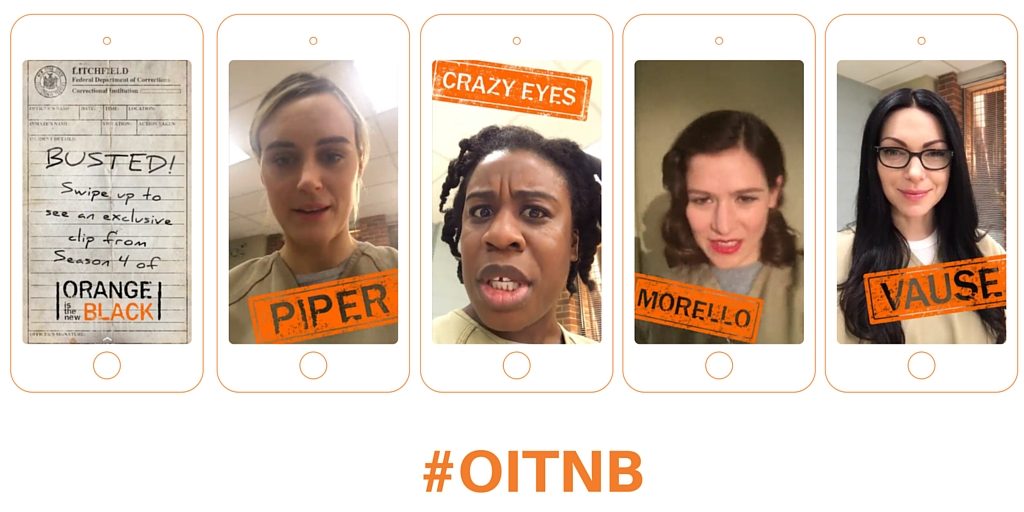 Yes, today’s the day. Netflix launched Season 4 of Orange is the New Black (OITNB). Can’t wait! I tried watching Wentworth because of all the online buzz but found it way too dark. Yesterday, I stumbled upon an OITNB Sponsored Story on Snapchat. Have you seen it yet? Isn’t it brilliant?
The introduction to the preview is made from the perspective of the characters finding a smartphone – your smartphone – and followed by a sneak preview. If you haven’t seen it yet, go catch it before it’s gone!

And for us Seinfeld lovers, Season 8 of Comedians in Cars Getting Coffee started yesterday. Episode 1, “Stick Around for the Pope,” features Jim Gaffigan. I’ve watched, it’s awesome and you’re welcome!

This week’s episode is a bit of a depressing one for the ladies despite Hilary Clinton’s landmark gains in the U.S. We don’t understand why anyone is talking about how the next President of the United States looks, and we suggest that everyone starts focusing on what really matters (economy, education, equality, gun control… pick one!) We simply can’t avoid talking about the ridiculously light sentence given to the Stanford rapist, but we’re going to give way more airtime to the two men who stopped the assault: Carl-Fredrik Arndt and Peter Jonsson. Heroes.
Speaking of heroes, we’re pretty impressed by five Aussie speakers who are boycotting conferences that don’t make gender equality a priority. That’s some real-life HeForShe work that we hope pays off, and if it does, maybe they can swing by Canada and talk to the all-male board of Tim Hortons, who voted NOT to add women to their stodgy old men’s club.
Finally, we’re all over the hashtag #TryBeatingMeLightly which is in response to an insane law (in 2016!!!) advising the Pakistani court system to allow husbands to ‘lightly beat’ their wives. Listen up!