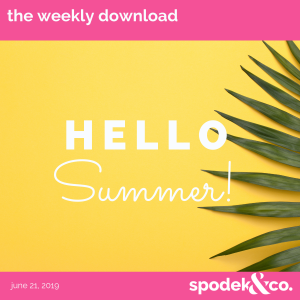 Earlier this week, Mark Zuckerberg shared a post about Libra Association on Facebook — not ringing any bells? That’s because it’s a new collaborative non-profit Facebook is a part of with a mission to create a simple global financial infrastructure that empowers billions of people around the world. Other founding members include PayPal, Uber, Spotify, and eBay.
In short, Libra is a mobile money platform. Powered by blockchain technology, Libra will be available to anyone with an internet connection. According to Zuckerberg, there are around a billion people who don’t have a bank account but do have a mobile phone. Libra mobile money will make sending and receiving payments as easy as sharing files or photos.
Facebook is also launching an independent subsidiary called Calibra that will build services that let you send, spend and save Libra — starting with a digital wallet that will be available in WhatsApp and Messenger and as a standalone app next year.
You can read more about the association here.

A new article released by The Verge this week gave a behind-the-scenes look at a Facebook content moderation site in Tampa, FL, operated by the professional services firm Cognizant. For the first time ever, former Facebook moderator employees are breaking their nondisclosure agreements to discuss the working conditions on site.
The allegations made in the article are, quite frankly, disturbing and horrifying.
Sexual harassment, bed bugs, theft, violence, and other unsanitary circumstances are just some of the traumatic elements of the job according to the former workers interviewed. As moderators, it is their job to view and destroy horrible content on the platform — including murder, hate speech, and child pornography.
A Facebook content moderator working for Cognizant in Tampa had a heart attack at his desk and died last year. Senior management initially discouraged employees from discussing the incident, for fear it would hurt productivity.
As for Facebook, it says it will conduct an audit of its partner sites in light of these allegations and hopes to someday provide moderators with counseling after they leave.

Still using Snapchat for business? Here’s some great news for you: the app’s new guide to major events highlights all the key dates and happenings of note throughout the year, along with helpful insights.
The guide shows what events are being celebrated on a monthly basis (for example, June’s are graduation and Pride Month parades) and includes other stats like the number of filters viewed, the number of stories posted, and what keywords are accompanying uploaded content.
The guide should prove helpful for marketing managers looking to plan campaigns around major events and enhance engagement rates.

Raptors Fans Go All Out for ‘We The North Day’
No, we’re still not over the Raptor’s history making NBA Championship win last week. And apparently, we’re not alone. Here are some of the winners from this week’s Raptors Parade in downtown Toronto:

Toronto, I love you pic.twitter.com/9AzsIpOtaH

there really are people camped outside Nathan Phillips with fake noses and sunglasses so their employers can’t identify them when they call in sick for the parade https://t.co/eOqUGtzHYN

You Need to See Taylor Swift’s New Video
Looking for an epic way to jump start your weekend and celebrate Pride Month at the same time? Check out T Swift’s new star-studded video for her latest single below: