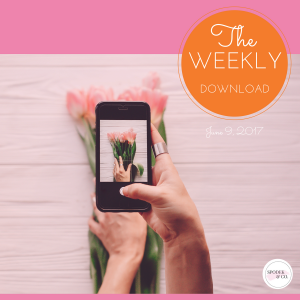 Another week has come and gone, and we’re back with another edition of The Weekly Download! This week we’re discussing Canada’s anti-spam legislation, fake news and fake followers, and “Insta-worthy” eats.

Does your meal pass the “Insta-worthy” test?

From lattes to salads, we all know that social media snaps and food go hand in hand – and brands are definitely taking notice.

Dave Colebrook, VP of Marketing for Cara Foods, admitted that some of the dishes you see on the menu at restaurants like Milestones, Kelsey’s and Montana’s are created based not only on taste or cost, but also on how “Insta-worthy” they’ll be when they arrive at your table.

When we encounter something new, exciting or different, we often turn to social media to share our experiences – and food is certainly no exception! Have you visited La Banane just to take a Disco Egg snap for the ’gram?
Done right, it’s awesome buzz for brands. But marketers, beware: too much of a corporate push can lead to consumer distaste.

Ziggy Stardust Disco Egg! No two are alike. The eggs are hand painted and the flavors change from time to time. Right now we're lining them with pink peppercorns, dried cherries and aerated milk chocolate chunks. Inside are hand-rolled dark chocolate truffles. (Also, we might have a few available this Easter at our chocolate shop @chocolatesxbrandonolsen) #ziggystardust #davidbowie 📸 by @rickettes

Okay, here’s a bit of a weird one – new vending machines in downtown Moscow sell fake Instagram likes and followers.

For a small fee ($0.89 to be exact), you can be the new owner of 100 fake Instagram likes on your newest upload. If you’re really looking to shell out, for $850 you can gain 150k followers that will deliver up to 1,500 likes per post. Buying followers isn’t a new concept but it’s not one Spodek & Co. endorses.

Our advice? Don’t be deceived – there’s no value you can put on growing an organic following online. Engagement will always trump followers.

Good news for email marketing – the Private Right of Action (PRA) provision of Canada’s Anti-Spam Law (CASL) has been indefinitely suspended and will not take effect as scheduled on July 1, 2017.

While the PRA is suspended, you’ll still need to comply with CASL when implementing email marketing campaigns.

This week the Canadian Public Relations Society released a white paper and a call-to-action for Canadian PR professionals to build better relationships in the era of fake news and declining trust.

Some of the major takeaways from the white paper include a call for renewed focus on data and analytics, becoming better listeners to help cultivate relationships and to integrate marketing with public relations. 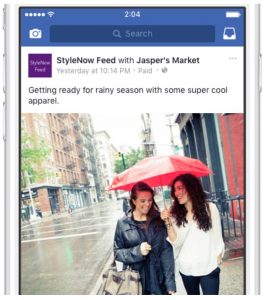 A new tool released by Facebook will help users spot sponsored content next time they’re scrolling through their feed.

Only available for Pages (not profiles), the new tool will allow influencers to tag the sponsor’s brand page and will show the word “Paid” next to each post date. The tool can be used for any material exchange between a brand an an influencer, whether it be money, trips, or product. Brands will be able to access metrics for and create ads with Facebook branded content.

It’s still expected that influencers using the tool include disclosure like #sponsored or #ad and branded content tagging alone isn’t sufficient for those required to adhere to legislation, including FTC guidelines.

If you’re looking to partner with an influencer to get your product out there, there’s an easy way to connect with people or pages creating branded content on Facebook.

A special episode of the Ada’s Sisters Podcast recorded while Eden, Angela and special guest Connie Crosby drove back to Toronto from Kingston where they had attended the Bob Mob cruise celebrating the life of Bob Goyetche.