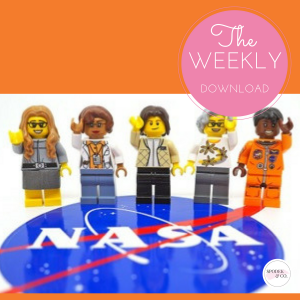 This week has been nothing short of interesting and entertaining in the world of digital communications. From Facebook still chasing Snapchat’s tail on the eve and aftermath of the latter’s IPO to Google Fortune Telling to International Women’s Day, to the uproar caused by the first gay Disney character and a missing Richard Simmons. Hope you’ll enjoy!

At least once a week it seems like Facebook is bringing new Snapchat-based features to its own platform. Now it’s Messenger Day. You can share your day with a bundle of annotated photos and/or videos incorporating text, doodles, overlays and/or cartoon filters with anyone you choose. According to Mashable and other reports, it’s easier to choose your list of one or many viewers on Facebook Messenger than it is on Snapchat or other apps offering a similar feature. And according to tech journalist Mathew Ingram in Fortune, although Facebook is getting more like the popular photo/video app every day, it’s still interested in buying Snapchat. In related news, TechCrunch’s Alex Wilhem outlines the pros and cons of a post-IPO Snapchat buying Twitter.

Why limit your search to text, images and videos when you can search for objects within a video? Well, soon you may be able to do just that. This week at Cloud Next, Google unveiled its  Cloud Video Intelligence API (CVI) tool. Although only released to developers in a closed beta group, CVI allows you to search for objects using keywords. A search will bring you a list of places you can find the object(s) in the video(s) searched. CVI appears to be develop with large media companies in mind because it will allow them to catalogue and search video content easily. There are many other possibilities. Wouldn’t it be interesting have this capability on YouTube? You’d be able to search for use of your products in videos – it sure brings new meaning to media monitoring.

And in other Google news…

Google Fortune Telling: what does your future look like?

You’ll have to check for yourself. Cool, huh?

Wednesday marked this year’s IWD, a big day to celebrate women around the world. Canada’s first lady, Sophie Grégoire Trudeau had her say and so did many others who didn’t share her point of view of celebrating the men in her life, regardless of their feminist views. Which side of this debate are you on and how controversial should our political leaders and their partners be online and other public spaces?

A post shared by Sophie Grégoire Trudeau (@sophiegregoiretrudeau) on Mar 7, 2017 at 7:20am PST

Thing perhaps are a bit more political in the United States in 2017 than in recent years. So, it’s no wonder celebrities had their say online. Here are some of my favourites (curated by Huffpo)
Adele speaks the truth

"Whatever women do they must do twice as well as men to be thought half as good. Luckily, this is not difficult" #internationalwomensday

J.K. Rowling stopped the trolls in their tracks with this one

or, as it's often called on here, #WhyIsn'tThereAnInternationalMensDay

Proud to celebrate #InternationalWomensDay with @Brawnybrand by honoring those who continue to break down barriers #StrengthHasNoGender. Learn more about these incredible women on Brawny.com. #Ad

And everyone’s favourite, Lego is recognizing contributions women in STEM professions have made, starting with their NASA Women series.

Everything is AWESOME! @LegoNASAWomen has been approved by #LEGO and will soon be available in stores!!! https://t.co/jCqq6ce9FM pic.twitter.com/Yj2ZOOiS1h

Are you scratching your head at this one too?

‘Beauty And The Beast’ Director Responds To Backlash Over Gay Character
If so, this may help.

Superman and Firefly are super cold

Who’d have thought Winnipeg (aka Winterpeg) would be a mecca for film production? Several actors have been filming the movie Nomis in Manitoba’s capital and were there for the super cool temperatures and heavy snowfall this week.

Weird. In the Canada I remember, snow fell down- not up.

I’m an entertainment junkie and Entertainment Weekly is one of my oldest guilty pleasures. Rarely do I listen to podcasts based on their recommendations, and they recommend a lot of them. EW was the first place I learned about Missing Richard Simmons. It’s a new podcast by Dan Taberski, a fan who used to take Simmons’ workout classes. And now I see conversations about it all over the internet. I’ve only listened to the first episode and as much as I can only take so much of his character on the screen, there’s a whole other side to Simmons as exposed by the podcast. It’s a well-produced and fascinating listen. Have you heard it yet? What do you think? We’ll be back with another episode of Ada’s Sisters next week.