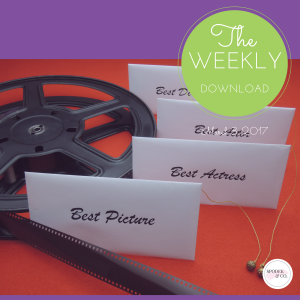 If you’re a regular follower of the Weekly Download (which I really hope you are, and if so, thank you!), you may have noticed that I missed my post last Friday. Aside from the usual political gaffes and shockers, there wasn’t much exciting to post about, and frankly, I wanted to savour as much time as possible with my sons while they were home from university. But I’m back this week with my first Weekly Download of March. Good riddance to February and the last full month of winter!

I’m most definitely not the target audience of this product, but I couldn’t resist sharing this latest piece of wearable tech, Spectacles by Snap Inc. Yes, Snapchat is pulling out all stops to differentiate itself from its competitors with these glasses that snap pictures from the wearer’s perspective and then automatically upload to their Snapchat. So if you see someone walking around with these funky specs and the light is glowing, beware that you might be their latest Memory.

Back when it was only possible to ‘like’ a Facebook post, we’d often comment that we needed a ‘love’ button or a ‘dislike’ button for something. Well we got what we wished for about a year ago, and of course Facebook is using the reactions to its advantage. It turns out the company weighs reactions — love, haha, wow, sad and angry — over “likes” in determining what content to surface in your News Feed. But it’s worth noting that currently all reactions are weighted the same, so News Feed’s algorithms won’t be influenced based on which reaction you choose.

Looks like it’s time for many of us to change our passwords yet again. Cloudflare, which is used by more than 5.5 million websites, accidentally leaked sensitive user information, including passwords, private messages, hotel bookings, and more between September 2016 and February 18, 2017. The leak has been dubbed ‘Cloudbleed’. Some of the notable sites affected include FitBit, Uber and Yelp. Here’s the complete list right here.

And Amazon Servers Wreak Havoc on the Internet

So it’s Tuesday morning and you think your computer, phone or iPad are acting funky… or is it your ISP or cell provider? No, it’s Amazon’s servers and they’re down. The company is one of the most popular hosting services on the web. You know when your IP address tracks back to a server in North Virginia? It’s Amazon. Who knew?

But the Oscar for an ‘Oops’ Goes To….

The Oscars turned out to be anything but boring this year with a massive mistake to end the show. By now we’ve all heard this story to death and Moonlight took the Best Picture prize (well-deserved I might add), but no one pokes fun at it quite as well as James Corden. In this video, James recreates Emma Stone’s audition from La La Land set to lyrics recapping the Oscars….and the result is, well you just have to watch…

So much for keeping secrets… 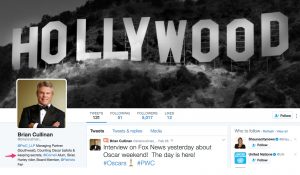 Who can resist an 8 year old dancing goalie? Not many apparently since this adorable video has been watched more than 3 million times. All that equipment sure doesn’t stop this little guy from showing off some serious dance skill. It’s hard to not dance along with him while you watch.

Jimmy Fallon, Ed Sheeran & The Roots Sing “Shape of You” (Classroom Instruments)
So much fun…

Do you have a parking spot you don’t use? Well, it could be a new source of revenue if you use the new HONKmobile app. It’s like an AirBnB for a parking spot — you can rent yours out, or find one to rent. And SnapChat has released new sunglasses that you TAP once to make a memory. Snap! Snap! Then we’ll tell you about an augmented reality app that tells you indigenous stories as you walk around Canadian cities. And we want to make sure you hear the story of a Canadian burlesque dancer who hit back at her troll where it hurts: his mamma, his teacher, everyone who has influence on his life. We read a great piece in The Establishment this week about the special blowback a woman gets when she deletes comments written by men.We ask how much longer minorities and women have to be minorities in the tech field — we’re done being patient. Finally, our friend Bob LeDrew turned us onto a piece about how hard it is to actually be anonymous online.