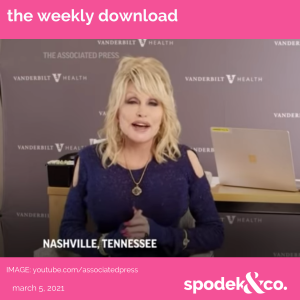 With more and more people spending money online, Twitter is testing a new way for users to shop.

As reported by TechCrunch, the new “shopping card” takes up a bit more feed real estate and features a big blue “Shop” button. The card also appears to display the price pulled from the product page.

Twitter has confirmed it is testing new ecommerce features, including “a new treatment for organic tweets which would link to an ecommerce product page.”

The company says the test “is the first of many experiments in the Commerce space” with plans for enrichment as more is learned.

And even more news from Twitter this week: the company announced that users repeatedly spreading vaccine misinformation on the platform will be subject to a ban in accordance with its new “strikes” system.

Twitter says the strike system will help to educate the public on its policies and further reduce the spread of potentially harmful and misleading information on the platform, particularly for repeated moderate and high-severity violations of rules.

The strikes will be issued as follows:

If users believe their accounts have been locked or suspended in error, they can submit an appeal.

To spark more engagement between creators and fans, TikTok is introducing a new Q&A option where users can ask questions to be answered within live broadcasts, or in future video clips.

As explained by TikTok:

“We’re making it easier than ever for people to engage with the release of TikTok Q&A, a new question and answer feature that gives viewers and creators new ways to connect. In videos, users will be able to designate their comments as Q&A questions, which are then labeled as questions in the comments section. This makes it easy for a creator to quickly identify and answer questions in their videos’ comments.”

The new feature enables users to post questions using a dedicated button which can later be used by creators as a prompt to answer in the replies, or for future videos. Creators can also add Q&A comments as stickers in responses, with the new video then linking back to the original where the question was first asked.

When creators answer queries, they’ll seamlessly be added to a new ‘Q&A’ section on their profile, which will list all questions they’ve previously responded to linking back to the original clips.

After helping fund the Moderna vaccine, Dolly Parton finally got a “dose of her own medicine.”

Check out the cute clip below: