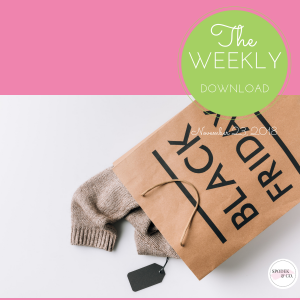 Happy Black Friday, everyone! It’s been a busy week of hustling and some of us on staff here at Spodek & Co. are ready to buckle down and do some shopping!

Deals aren’t the only the only red hot things on the web today. Check out this week’s digital world updates: Loblaws tests a new “shop and scan” system, Instagram has a password uh-oh, Snapchat’s making shopping easier, Facebook’s embroiled in yet another business scandal, Twitter stereotypes, and some Friday Fun!

Yesterday, Loblaws tested their newest initiative in five Toronto area stores. In efforts to make your grocery shopping trip faster than ever, shoppers can connect to free in-store Wi-Fi, then scan their items using the PC Express app on their phone!

Wondering how to price out your produce? The chosen locations will provide shoppers with digital scales to weight items before they scan.

The app then creates a barcode for all the items in the cart which then gives shoppers three choices for a scanned checkout: cashier, self-checkout or a dedicated “shop and scan” kiosk.

You can expect to see the system’s expansion in three more GTA locations in the coming weeks. Keep your eyes peeled. And if you’ve tested it out yourself, tell us about your experience in the comments!

Yes, it appears Facebook has been caught out AGAIN engaging in what you could say is rather nefarious business practices. Huffington Post reports that “…Facebook hired a D.C. opposition research firm called Definers Public Affairs which proceeded to undertake all manner of ethically fraught actions on its behalf.” Ethically fraught is a not a good look, Facebook.

The activities Definers Public Affairs performed on Facebook’s behalf are ugly, to say the least, and some lean closely to well know far-right defamatory tactics. It’s a complicated story, but we think it’s important to stay in the know, especially when it comes social media platforms and the spreading of disinformation. You can read more about it here.

Last week, a small number of Instagram users had their passwords leaked. The exposure was activated by a feature that was released in April following the EU’s General Data Protection Regulation, which allowed users to download their app information. The problem was, in come case, passwords were downloaded as well (and stored on parent company Facebook’s servers!).

The bug has since been repaired, and not many users were affected, but Instagram is encouraging those who used their ‘Download Your Data’ tool to change their password as a precaution.

Just in time for Black Friday, Snapchat has launched their newest channel! Shop and Cop, allows users to browse products and make in-app purchases. Partnering with e-commerce shopping platform Shopify, the channel features deep discounts for a limited time only.

You can expect to see brands like Gymshark, Kylie Cosmetics, Coco Breezy and more promoting their Black Friday and Cyber Monday deals!

Scam alert! With the holidays around the corner, you may have seen a cutesy gift exchange floating around on your Facebook feed recently. “Secret Sisters” has been circulating on the social media giant’s platform since 2015.
What is the ‘secret sister’ gift exchange? This too-good-to-be-true opportunity promises you 36 “secret sister” gifts by only sending one. Let’s be real here. It’s a pyramid scheme. And pyramid schemes are illegal.

Per Business Insider, “It spreads via a Facebook post advertising the exchange (36 gifts in exchange for one!) and asking six people to join in. When they do, they are sent a message asking them to: 1) Send a gift worth $10 to the “secret sister #1,” the first name on a list they are given, 2) Move the person currently in second place on that list — the person who made the post they responded to — into first place, 3) Put their own name in second place. 4) Repost the public Facebook post to their profile and recruit six more people to do the same thing they just did.”
Keep an eye out for these invitations, ladies! And don’t be afraid to report status’ and inform your friends.

Are Canadians nicer than Americans? Well, we might be a bit biased, but the numbers don’t lie! After analyzing 37 million tweets from both countries, linguistic experts from McMaster University found Canadians use more positive words when engaging on Twitter. Tweets from Americans, however, were heavily made up of slang, swear words and other words that held negative connotations.

Turns out, the stereotype of the nice, polite Canadian might just be true! At least on Twitter, anyhow.

This one’s for the Hot Cheetos fans! Did any of our American friends serve up this new tradition yesterday? Also, check out the hilarious tweets about this new flaming hot recipe.

"Oh my gosh that is really a hot cheetos turkey! What is wrong with you?" 😂 pic.twitter.com/WXBVOPKMSe

Do whatever makes you happy. If that’s Hot Cheetos on your turkey, go for it. We’re all just doing our best to get by. https://t.co/4Lh76mDdkx