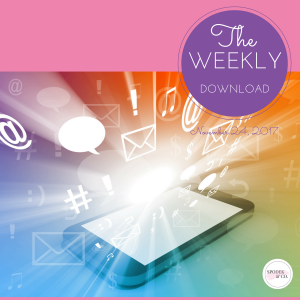 A Happy Thanksgiving to our friends south of the border! Will you be participating in some Black Friday shopping today?

Uber admits to covering up a massive 2016 data hack

Uber made headlines again this week, and not for good reason.

The company came clean about a massive 2016 data hack that compromised the personal information of over 57 million drivers and customers. To date, there is no evidence of misuse of the data  — partly due to the more troubling fact that Uber paid hackers $100,000 to destroy the stolen information.

It’s not the first scandal for the ride-hailing service. Former CEO Travis Kalanick was ousted in June following an investigation into treatment of female employees and accusations that staff were encouraged to push the legal limits.

Current CEO Dara Khosrowshahi spoke out critically against the corporation’s cover-up and noted that Uber is working to put integrity at the core of every business decision.

Will you be thinking twice next time you request a ride?

Last year, Facebook pledged to fix discrimination problems with its advertising platform following a report that found its targeting tools had the potential to violate civil rights laws. One year later, not much has changed.
A follow-up report from Pro Publica released this week showed that Facebook still approved housing ads that excluded users based on religion, gender, and “ethnic affinity”.

When the report first launched, Facebook made attempts at change that included new tools designed to curb discrimination on the platform, including a machine learning system meant to detect when combinations of targeting categories might be discriminatory.

Since then, not much progress has been made. A new investigation from CNBC also found that Facebook has allowed posts advertising the illegal sale of prescription opioids and other dangerous drugs. Facebook agrees that there is still work to be done, blaming “a technical failure” for the system’s shortcomings.

Instagram’s newest update allows users to request to be added to their friend’s live video. Previously, invites to join could only be sent by the user livestreaming.

While you’re watching a livestream, just tap the new Request button at the bottom of your screen. You’ll get a notification that your friend has accepted your request and have a moment to get camera-ready before going live.
If you’re the livestreamer, you’ll be able to see requests to join by tapping the View button and then choose to approve or cancel them.

The new join feature opens more doors for collaborations between content creators and even brands.

On Wednesday, Kickstarter announced its new subscription service through which musicians, artists, and other creators can solicit recurring donations rather than one-time contributions.
Sound familiar?

Drip is essentially Kickstarter’s bid to create its own version of Patreon, the fast-growing startup that originally set itself apart from established crowdfunding companies with its long-term subscription format.

Drip has been a low-profile pioneer in the subscription crowdfunding space for half a decade. Kickstarter bought it in 2014 when it was on the verge of shutting down. Kickstarter has refashioned Drip to serve all kinds of content creators with a new suite of tools to help with the business side of running a creative enterprise.

Although similar to Patreon, Kickstarter claims that there are elements of Drip that set it apart from any of its rivals in the space, including a feature that gives creators a “founding membership” period, during which they can offer subscribers promotions and special privileges to gain an initial fan base in the same way they might build a normal Kickstarter campaign.

Facebook Messenger will no longer degrade your high-res photos

Sharing photos on Messenger just got better. A new update now supports 4k photo sharing, meaning high-resolution photos sent via the app will look better than ever before.

The change is rolling out to Messenger now, but you might not notice unless you take a look on a laptop.