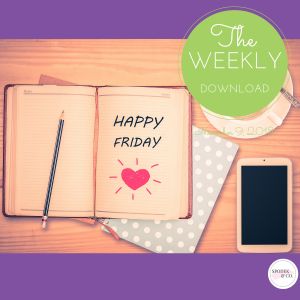 Happy Friday, everyone! We hope everyone’s had a successful and productive week. Thanks for joining us for another installment of The Weekly Download—one of the best ways to play catch up on digital world news you might have missed!

Today we’re dissecting Facebook’s Attribution Tool and their pop-up shops, Google’s new ‘follow’ feature, and updates in Twitter trends. Also, alcohol brands that have found a better way to weed out the young’uns on Snapchat, and of course, it wouldn’t be the Weekly Download without with some Friday Fun!

Grab a coffee and settle in!

Marketers spend a lot of time searching for active spaces that will yield a healthy return of investment (ROI) when it comes to their ad campaigns. Social media and other online platforms have high user engagement and spending rates, making them very attractive to marketers.

That said, exactly where an ad campaign went right is often hard to pinpoint. How much research did they do on an item? How many devices were used? Which device did they use to eventually finalize that purchase, and why? How exactly do you track your customers’ paths to purchase?

Don’t worry; Facebook is here to help. They’ve introduced an Attribution Tool that allows you to fully access the consumer’s path, providing your business with critical information about your campaign, channels and devices. With this information, you can then effectively measure your ROI.

Why would Facebook be partnering with nine Macy’s stores across the United States this holiday season? In a crafty marketing move, Facebook “…will feature 100 products from the most-loved small businesses and digital-native brands on Facebook and Instagram…giving shoppers the chance to get up close and hands-on with the products before deciding whether to make a purchase.”

It’s a cool idea, and a smart way to promote online brands that don’t have actual bricks and mortar locations. Facebook is covering all the costs, and as a promotional opportunity for Facebook, Macy’s AND small business/product placement, it’s a win-win-win.

With more than 150 million places on Google Maps and “search” having never been bigger, Google has added a helpful ‘follow’ feature so users can keep tabs on their favourite businesses. The search engine giant’s latest feature will allow businesses to deliver relevant information like product updates, events and promotions, all in real-time. And, if you’re the local gossip source, the feature will dish out all the deets on new places opening around town (including the opening date).

Never miss a sale or a restaurant deal ever again!

Last year, Twitter doubled their character count from 140 to 280 per tweet. Traditional diehards thought the sky was falling (part of the joy of Twitter was its condensed, bite-sized bits of information), but it turns out they had nothing to worry about. Old habits, well, die hard!

So, how have users been tweeting since then? According to the latest Twitter data, users are averaging 33 characters per tweet. Their research also states that only three percent of tweets are over 190 characters and a bare one percent of English tweets actually hit the 280-character maximum.

What are some of the other trends that Twitter found? Well, even among those users who have stuck to the shorter character count, there is a decrease in abbreviations and an increase in fully spelled words. Also, tweets are also receiving more replies which point to increased engagement on the platform.

Popular alcohol brands like Heineken and Mast-Jägermeister had previously removed their Snapchat advertisements due to concerns about under-aged audiences—the primary users of the photo/video based platform.

Not only were these brands concerned they would be held responsible for promoting underage drinking by placing these ads on Snapchat, but it was a huge waste of marketing dollars when they weren’t reaching their target audiences.

How were they able to adapt? By developing a screening system that proved to have 94 percent accuracy. First, they targeted individuals who were legal age, then conducted a secondary screening of the ages of their followers. If they were mainly connected with 13-year-olds, well, no booze ads to them! This screening process was developed to weed out users who lied about their age upon registration, and has turned out to be very smart marketing.

And we’ll leave you with this…shared without comment (but a lot of laughs!). 😀

There are a lot of quality takes on the Maclean’s cover this morning. Thanks for the larfs, everyone. pic.twitter.com/L1c2O9Sm7f

This week’s Friday fun is for all our foodie readers! If you’re familiar with Matty Matheson, you know you’re in for a bunch of laughs with this review.