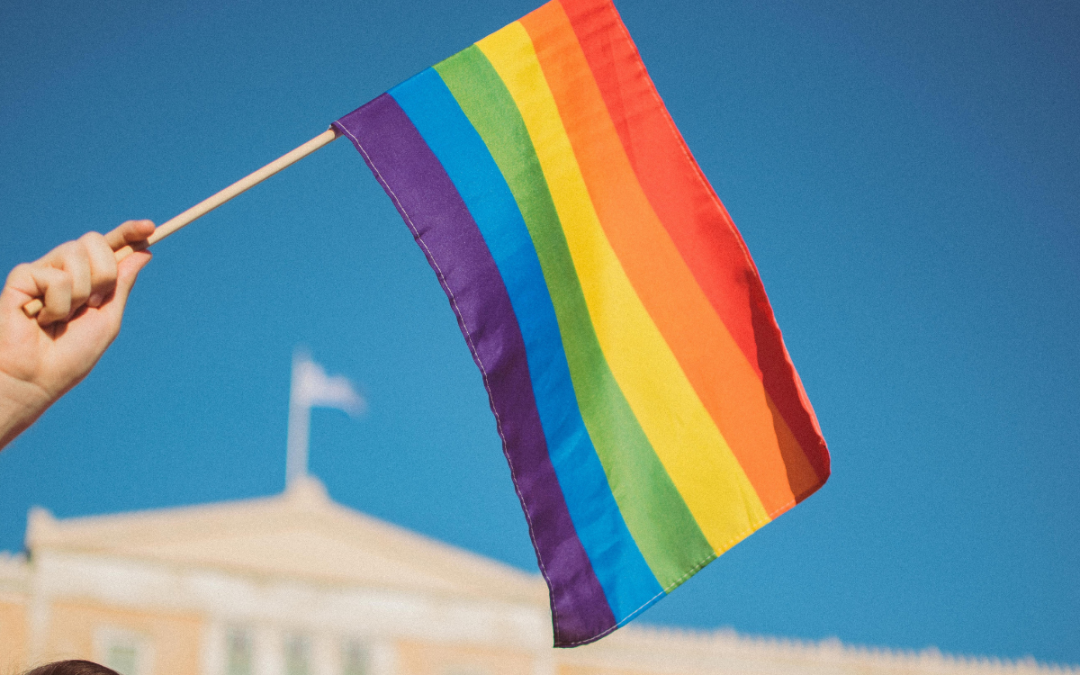 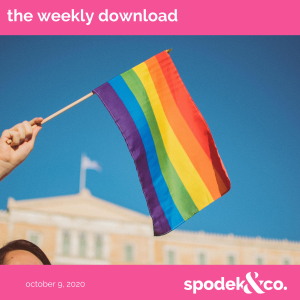 Welcome back to The Weekly Download! We hope all our Canadian readers have a safe and wonderful Thanksgiving weekend, although things might look a little different this year.

It’s time to kick off the long weekend with another news roundup. Here’s what’s on the docket today:

After the far-right hate group Proud Boys got a shoutout during the first U.S. presidential debate, members of the LGBTQ community stepped up to define the meaning behind “proud boys”. It didn’t take long before the hashtag was flooded with positive messages filled with love, acceptance, gay pride, and positivity.

If you wear our uniform, know what it means.

If you’re thinking about wearing our uniform, know what it means.

Love is love.
Know what we mean? 🇨🇦🏳️‍🌈

We’re so here for this plot twist!

To cut down on insensitive costume ideas this Halloween, Pinterest is adding new measures to its platform.

Cultural appropriation – while certainly a problem regardless of time of year – tends to be a much greater problem during Halloween, when people choose to dress up in costumes that represent other cultures in a stereotypical fashion.

Pinterest’s existing advertising policy bans the promotion of culturally insensitive costumes, but the new measures are meant to take it “even further” according to a company statement.

As users search for Halloween costume ideas, prominent pins with information about how to celebrate Halloween “thoughtfully and respectfully,” will appear, including educational guides, tips for being culturally sensitive on Halloween, and more. Users will also have the ability to report costumes on the site that are “culturally insensitive.”

What do you think about Pinterest’s new initiative?

After being the talk of the internet for weeks now, Facebook has finally issued a response to claims made in Netflix’s eye-opening documentary, ‘The Social Dilemma’.

The documentary aims to provide an overview of the various ways in which social media platforms have become increasingly divisive and dangerous as their usage has increased over time.

In a two-page, seven-point response titled “What ‘The Social Dilemma’ Gets Wrong”, Facebook asserts these key messages:

Facebook’s responses are not at all surprising given the company’s previous statements, but we’ve all seen how Facebook has seemingly turned a blind eye to instances of hate and data abuse on its platform – regardless of its claims.

How do you feel about Facebook’s statement regarding ‘The Social Dilemma’?

Can you believe Instagram has been around for ten years?!

In celebration of the app’s big birthday, the platform added a couple of new, celebratory features and updates, ranging from visual additions to the expansion of its eCommerce tools.

Instagram’s new Stories Map provides a private look at where users have posted Stories from (when a location sticker has been used) over the past three years. Interesting, or downright creepy?

You can also customize your Instagram icon during the month of October, choosing from colourful to black and white options to match your phone’s aesthetic. Here’s how:

Instagram is also kicking off National Bullying Prevention Month with two new features to reduce bullying and harassment in comments.

The first new feature automatically hides comments similar to others that have been reported. Users can “View Hidden Comments” to see the comments, while Comments that violate Instagram’s Community Guidelines will continue to be automatically removed.

The second new feature is an expanded comment warning that includes an additional warning when people repeatedly attempt to post potentially offensive comments. The warnings encourage people to take a moment to reflect on their words and lay out the potential consequences before hitting send.

Another week, another meme!

The “how it started” vs. “how it’s going” meme is the latest photo challenge to grace our Twitter feeds. Users post side-by-side photos showing the beginning of a scenario, and compare it to where the scenario is now. The results ranged from heartwarming to heartbreaking and downright hilarious:

How It started vs. How it’s going 💍 pic.twitter.com/fmQqQ02tOZ

how it started vs how it’s going pic.twitter.com/kPcANEGw4n

How it started How it's going pic.twitter.com/XTnzJbanHv