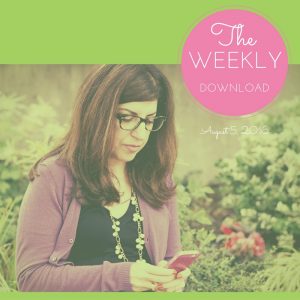 So, despite it being August, this has been a busy week for social media platforms. Before we get to that, let’s talk about a growing Facebook trend: unfriending. Specifically, people in the U.S. who have been posting “unfriending declarations”. Why? Because the upcoming presidential election is nasty and polarizing. People are trolling and fighting on each other’s timelines. I recall seeing a similar phenomenon during Canada’s federal election last year, but it seems to be even more fierce in the U.S. right now. How sad is that. Let’s hope rational thinking and reason prevail as we get closer to November 8.

Whether you like change or not, it’s the one thing that’s constant in social media. Last September, Facebook launched a new business page design for mobile and this week they started rolling it out for desktop as well. The new look is designed to give people an ad-free experience making it easier for them to learn about and interact with a brand. The benefits for the brand are: prominent call to action button, clearer tab navigation and, a separation between profile icon and cover images. 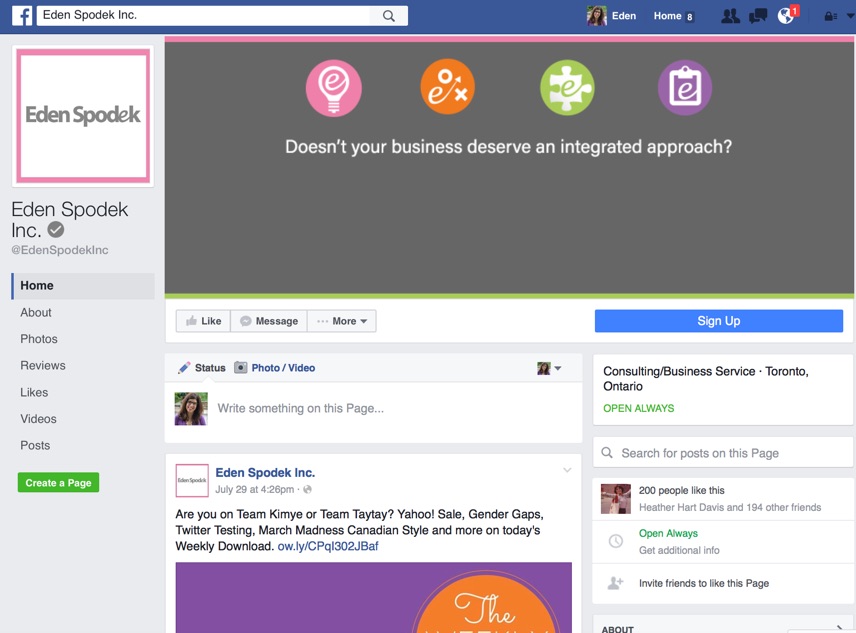 Not to be outdone by the Facebook business page redesign, keeping it all in the family, Instagram made a bold move by launching Instagram Stories on Tuesday.
https://vimeo.com/instagram/stories
Eve Peyser, Gizmodo loves them. In fact she thinks Instagram Stories kicks Snapchat’s ass, and is excited about the potential, especially once filters are added. Instagram has twice the number of daily posters (do you dislike being called a “user” too?) and if you’re going to copy a feature from another app, you’d best do it better or don’t bother. Perhaps C.C. Chapman sums up the differences between Instagram and Snapchat, and issues with Instagram best. And ditto for wishing they’d return to displaying Instagram posts chronologically. Looking to incorporate Instagram Stories into your marketing mix? Here’s a primer from Buffer.
Have you tried Instagram Stories yet? What do you think? Let us know in the comments.

I may get ripped apart for this but I’ve lost my interest in following the Olympic Games and it just doesn’t excite me as much as they used to. Don’t get me wrong, I respect all the hard work and dedication the athletes put into preparing and competing. It’s the politics, cheating, scandals and other BS that turn me off. Regardless, unless you’re living under a rock, you won’t be able to avoid the Summer Olympics starting today in Rio because you’ll be bombarded online.
There will live streaming on Twitter, Periscope and Vine, according to parent company, Twitter. There’s the official #Rio2016 hashtag and a host of others, four official Twitter accounts, 257(!) Twitter emojis, a Twitter list with accounts lists for the athletes and by clicking on the Connect Tab you can find other related accounts to follow, and of course you’ll see lots of Olympic coverage on Twitter “followable” Moments as well. Facebook will have a personalized Olympic Games section in the News Feed, Olympics filters and frames. Facebook and Instagram are also part of official NBC News team and will be helping NBC with coverage starting today.
Trevor Owens, one of my former students, is a cameraman at Global News. He’s in Rio covering the games, including a “blog” about his experiences. Coincidentally, he sent me his latest post in the midst of writing this. Have a read… Rio 2016: Global News cameraman gets lost on the streets of Rio de Janeiro.
But be careful if you’re thinking of doing any Olympics-related marketing for your business or someone else’s. Here’s a list of things to avoid.

Trudeau Gives New Meaning to Take a Hike
Last week, the Godby family of Peterborough, Ontario went on a camping trip to Gatineau Park in Quebec. They were hiking in the park and at first were surprised to find a cave. That was nothing compared to who came out of the cave… Prime Minister Justin Trudeau, his wife Sophie Grégoire Trudeau and their kids. The PM even indulged the Godby’s son with a selfie.
Who Thought Listening to People Read Texts Would be Funny?
First Textual Experience with Aziz Ansari: You Might Be an Angle – LOL!

Today, let’s go back almost a year ago to one of my favourite episodes… It’s awesome when you have a bad news story that is rescued by social media. 14-year old Ahmed Mohamed started his day in just the worst situation — his self-made clock had been identified as a potential bomb threat and he stood in handcuffs in the principal’s office. Fortunately for him, the rest of his day, and dare we say, the rest of his life, will be all uphill from there. We have kids, we saw the reaction on social media and we’ll tell you all about it. Then we talk to Lexie Ernst, one of the co-founders of the Companion App, a free app that will connect you to a friend you pick in your contacts on your phone and virtually ‘walk’ you home. We wrap up with a fun chat about Sociality Barbie and her fantastic Instagram account and take a look at Mayim Bialik’s Grok Nation — a new social network she has created “for people of all ages and backgrounds to dive deep into conversations on contemporary issues.” Listen up! And, if you like it, please review us on iTunes.