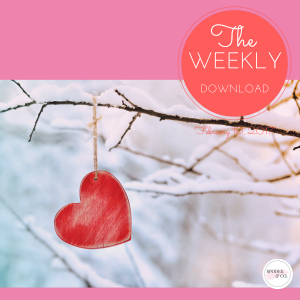 Ice, Ice Baby! That’s what many of us have been seeing (or slipping on) outside this week. So let’s hope you’re reading this while sitting in front of a fireplace sipping on a cup of coffee or hot chocolate. And speaking of chocolate… Tuesday is Valentine’s Day! <3

There’s been lots of social media news the past few days so there’s plenty to talk about without covering politics.

Twitter is yet again implementing another round of changes aimed at cracking down on trolls and offensive tweets. At this point, this shouldn’t surprise anyone since the troll issue is a major contributing factor to the slow death of the bird. They announced a three-pronged approach including a safe search option, collapsing abusive and low-quality tweets and preventing repeat offenders from rejoining the platform. I’m sure you’ll agree that it’s about time real action was taken on this. Hateful and threatening comments have plagued Twitter for years, even prompting celebrities such as Saturday Night Live star Leslie Jones to temporarily leave the platform. What do you think? Can Twitter really combat its trolls?

Snapchat’s IPO (SNAP) is looming. How will it change this product that’s neck in neck with Instagram, yet still has way fewer users than Facebook? Besides innovation, what makes Snapchat standout is perception as the more intimate and private of the three social media platforms, especially with high schoolers and university students.

Organic social media content isn’t enough on its own anymore. Most brands need to use a combination of organic and paid posts to get the results they need. Last October, Hootsuite entered the paid advertising space by partnering with six social media ad tech companies. And this week, they announced their acquisition of one of those companies, AdEspresso. According to CEO Ryan Holmes, “With AdEspresso, we’re bringing our users a simple, powerful, battle-tested solution that delivers measurable ROI [return on investment].”

Curious about Instagram takeovers? Do you how they work and how to ensure yours is a success? Check out my guest post in Monday’s edition of Spin Sucks.

Cops That Dance
It’s all too often that negative stories about police are shared in the media, despite all the important and dangerous work they do to keep our communities safe. But then stories like this come along as a reminder that police are people, doing their job, and sometimes they get to have fun along the way. Constable Jarrod Singh of the Durham Regional Police Service did just that when he responded to a call about a fight in downtown Oshawa. Turns out the fight was actually the filming of a video by a dance troupe at the University of Ontario Institute of Technology. So what did he do? Joined in, of course!
Melissa McCarthy
Not only did Melissa McCarthy surprise and delight us with her take on Sean Spicer during last weekend’s SNL but she also showed us her heroic side with a Super Bowl ad for Kia Niro. Enjoy!
Melissa McCarthy channels Sean Spicer on SNL

Podcast Episode of the Week – Inside PR 464: Is the news media too weakened to do its job?

Instead of focusing on several issues impacting the PR profession, this episode co-hosts Gini Dietrich, Joseph Thornley and Martin Waxman use the full episode to discuss the implications of the new White House administration’s approach to the media and how our access to information has changed as a result. Alt Facts, fake news anyone?