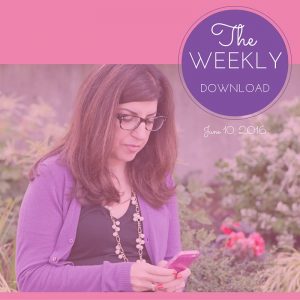 What a week it’s been. I don’t know about you but most of what’s been filling my feed hasn’t been quite bleak. Here’s a few stories about digital communications that caught my eye over. As always, I’d love to hear your comments about these topics too and please let me know if there are specific topics you’d like covered here.
Here’s what’s been filling up my news feed:

Last week it was Twitter, this week it’s Instagram. Other platforms take note: Snapchat has exceeded them in daily usage and is coming for you. Well, if you haven’t come over to the dark side to expe rience Snapchat yet, you may wish to reconsider your social media activities and get over there quickly. While I’ve never been one to push clients to the next shiny object, it’s important those of us in communications, PR and marketing understand how this platform works, who is using it and how it can be used by brands to connect with customers. One of the biggest objections marketers had against Snapchat was the inability to measure the impact. But that may be changing as the platform continues to strive for the attention of publishers and brands.

We can be heroes…

Last Saturday while having my hair done, I stumbled across a full transcript of a horrifying victim impact statement from a woman who had been brutally sexually assaulted last year by a then Stanford University student. You may have seen it by now and CNN read most of it live on air –the first time they’ve ever done that – if so, you probably found it disturbing. Shortly after, outrage filled the internet and people were furious that the perpetrator found guilty of three charges, was given a six-month sentence and expected to serve only three months in prison, three years’ probation and some other conditions that amount to much else other than an inconvenience. Why? Because the presiding judge felt that anything more would have a “severe” impact on the perp, who was a competitive swimmer. I’m not going to give him more publicity by sharing his name or photos but rather prefer to celebrate and commend the Swedish grad students, Peter Jonsson and Carl-Fredrik Arndt who put an end to the assault mid-crime. The victim called them “heroes” and they’re the ones who really deserve our attention. (Caution: please don’t click on the link if you’re susceptible to sexual assault triggers.)

On Tuesday, the story about Caplansky’s flagship restaurant being closed down by the landlord had gone viral. Owner Zane Caplansky is not one to take things lying down or shy away from the media. Instead, he became vocal about his shock at the landlord’s action and his plans to take legal action. As the story continued to unravel (and it’s still evolving as I write this post), the landlord’s position began to emerge. As you know, there are two sides to every story.
I consider Zane a friend. I met him on Facebook, introduced him to Instagram and tweet with him on occasion. He’s been a regular guest speaker for my course and, he’s always been welcoming and kind to my family when eat at his restaurant. I’m not alone. He’s got a huge local fan base and is becoming known across North America for his appearances on the Food Network. They’ve been rallying around him like crazy, even making memes with his new restaurant logo. This week, I’ve also learned there are people who have a hate on for him and/or his deli. Some are vaguebooking and talking about karma. The majority of us will never know what’s really going on nor is it our business. Most of the time when facing an issue or crisis, we recommend clients get ahead of the story but in this case, perhaps Caplansky should have kept the story under wraps… at least for now. What do you think?

Typically, I don’t discuss politics online and I’m Canadian so I don’t vote in United States’ elections. Needless to say, the race for party leadership over the past several months has been nothing if not newsworthy. Most of it not so great. But this week history was made when the Democratic Party pretty much chose Hillary Clinton as their presidential candidate – the first woman to lead a major political party in US history. She also won Obama’s endorsement.  Whether you agree with her politics or not, there’s no denying this is big news. Now when American parents say, “You can grow up to be President of the United States,” they’re speaking to their sons AND daughters.

Speaking of Hillary, she’ll be the first U.S. presidential candidate to have her wardrobe scrutinized simply because she’s a woman and won’t be wearing the standard suit, button down shirt and tie. Have you seen all the blog posts lately telling women of a certain age what they or should or shouldn’t be wearing at their age? Don’t you just want to wretch? It seems every year or two we see another series of these ridiculous magazine articles and blog posts. Well, thanks to my friend Connie Crosby, you’re in for a treat this week. She shared this post about awesome women over 30 who wear whatever the heck they want and look fabulous. Feast your eyes on 24 Things Women Over 30 Should Wear. Enjoy!

Do you love Broadway musicals too? You’ll love this!

And in related news,  Broadway Theatre Owners Alter Photography Rules as a result of the changing nature of social media. Get out your smartphones everyone.

This week, we have another episode from the Ada’s Sisters’ archive… She may be known only for one Jagged Little Pill of an album but Alanis Morissette was back social media style singing or rather clucking Ironic with Jimmy Fallon and Meghan Trainor.
https://www.youtube.com/watch?v=IBK8qSnBlHo
Then we share why dicks shouldn’t mess around with Debra Messing. The #BrusselsLockdown and the adorable cats that went viral on Twitter as an attempt to bury tweets about police anti-terror operations was an awesome hashtag back in November. We also chatted about Facebook’s new dedicated “fundraiser” pages for nonprofits.
Last but not least, I had the opportunity to interview Angie Kramer of JobBliss about her experience as a women founder.

If you like what you see here, register for my FREE webinar:

The A to Z Blueprint for Planning, Building and Launching a Crowdfunding Campaign

December’s here, and so is another edition of The Weekly Download!

Share on FacebookShare on TwitterShare on Linked InShare by Email

December’s here, and so is another edition of The Weekly Download! News from “Not-Amazon”, #Slack & #Salesforce, #TikTok, #Facebook, #Twitter and more - plus, @VancityReynolds gives us a hilarious peek at a match made in hell that’s perfectly 2020. https://bit.ly/3qveHwA