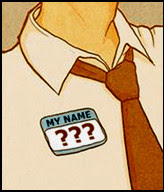 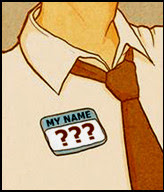 Ever heard of FreebeeStore.com? Tomorrow it may be as well-known as Google! That’s probably a bit of an overstatement but you can bet if Scott MacDonald changes his name to Free-A-Store-Us-Rex, it will be on the tips everyone’s tongues along with FreebeeStore.com

Scott MacDonald is auctioning his sole name to the highest bidder for one year. The auction ends on February 2. Anything goes except if it’s rude, racist or offensive.

Why’s he doin’ this?

The idea for the auction began last summer when a US marine named Sgt. Cody Baker started auctioning off his name in support of Im Jai House, for Thai children orphaned by AIDS and to help pay his college tuition. The highest bidder on New Year’s Eve would win and get to choose his new name. Unfortunately, the US government wasn’t enamoured by the idea.

Scott MacDonald got in touch with Cody Baker and picked things up where Cody left off. He’s personally delivering 10% of his earnings to the Im Jai House in Thailand and using the remaining money to fund his future projects.
Okay, so what does all this have to do with FreebeeStore.com and Free-A-Store-Us-Rex?
FreebeeStore.com has held the lead since Jan. 16, bidding $37,001. The name they want Scott to use for a year: Free-A-Store-Us-Rex.

So why do I care?

First, I wouldn’t have known about FreebeeStore.com if it weren’t for this project and now I’m sharing it with you. And you’ll probably tell two friends and so on. (I’ll save a description of it for another day – this post is long enough.)

Second, I’m in awe of all the publicity FreebeeStore.com and other bidders have received, in exchange for either no cash or a relatively small chunk of change. The press coverage to date is overwhelming. I found 932 entries when I googled choosemyname.com. The early bidders gained some brand awareness without having to pay a cent! The only risk involved is that they’d have to cough up the money if no one trumped their bid.

Why should you care?

Well, if you have a small business or just want to get your personal brand out there and have a modest budget, there probably isn’t a better way to get as good a return on your investment – and do so while making a difference. You too can make a difference by donating to Im Jai House directly.

By the way, Scott’s involvement in this type of Internet endeavour may be genetic. You may have heard of his brother, Kyle of One Red Paper Clip fame. Currently there 2.3 million items about him on Google.
image credit: choosemyname.com on flickr