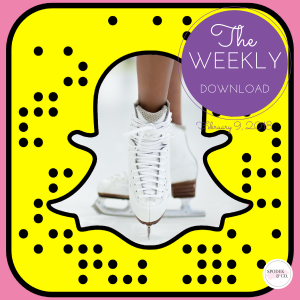 After raising $4,000 to take Harlem children to see the movie in theatres, Frederick Joseph called on others to start similar initiatives in their own communities. To date, thousands of people have donated via GoFundMe, created a campaign in their community or shared the initiative online using the hashtag #blackpantherchallenge.
Over $300,000 has been raised so far via GoFundMe for the challenge.

Facebook exec Sheryl Sandberg took to the platform this week to encourage men to empower women in the workplace through a campaign called #MentorHer.

Sandberg hopes that the campaign will help put an end to sexual harassment and prove that men and women working closely together in the workplace makes it a stronger and safer one.

Interested in the movement and want to know what you can do to join? Check out the resources available at LeanIn.org

We’re no strangers to influencers, but we have a feeling this is unlike any one you’ve seen before.
She’s 19, half Brazilian, half Spanish and based in Los Angeles. She models and has even released music on Spotify. And she only exists in the virtual universe.

Like many other influencers you see online, Miquela attends events, works with brands, and shares what means most to her.

What are your predictions – will we be seeing more from virtual influencers in the future? SecondLife was way ahead of its time.

Amazon’s new Polly WordPress plugin gives blogs a voice – literally.
Polly is Amazon’s text-to-speech service. The plugin works by creating audio versions of your posts. The resulting audio can be played from within the blog post itself, or accessed in podcast form using a feature called Amazon Pollycast.

The plugin is available to anyone running WordPress on their own infrastructure and can reportedly be a bit tricky to install. While the Amazon Polly plugin is free, using Polly isn’t. Pricing is based on the number of characters in the speech requests submitted. This is yet another example of how AI and audio are merging.

Snapchat to Broadcast the 2018 Winter Olympics

Wondering how to watch the games live when you can’t get to the TV or computer? Just turn to Snapchat.
Snapchat’s new Live feature will allow NBC Sports to stream two- to six-minute long segments from PyeongChang. Users can opt to be notified ahead of broadcasts so no important events go missed.

This one’s maybe not fun, but definitely strange.

Comments made by PepsiCo CEO Indra Nooyi this week alluded to the ways that consumer insights about gender differences are driving product development in the world of Doritos. Said Nooyi, women “don’t like to crunch too loudly in public. And they don’t lick their fingers generously and they don’t like to pour the little broken pieces and the flavor into their mouth.”

The answer to these differences? A lady-friendly Dorito with “low-crunch” yet the same taste profile.
When Nooyi’s comments went viral, the internet made it clear it was not having any of it.

Has anyone at Doritos ever met a lady

About to sit down and write an angry letter to Doritos. pic.twitter.com/CXEWt1Xb1s